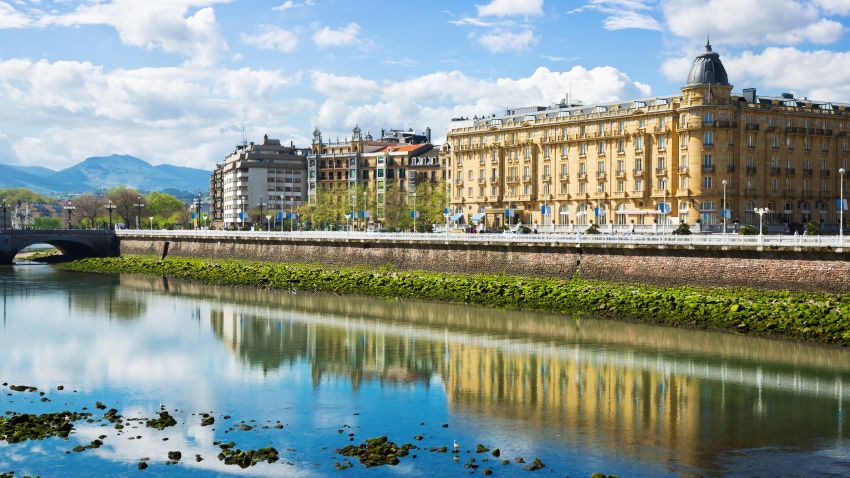 San Sebastian Centro is nestled between the golden sands of La Concha beach and the banks of the glistening Urumea river, and is the perfect place for shopping. Spend an afternoon at La Bretxa, a sprawling 19th-century construction that today plays host to both an upscale mall and a bustling fresh food market.

Centro’s imposing City Hall was originally constructed as a lavish casino, and positively drips colonial glamor. If you’re in the mood for a romantic stroll, head to Plaza de Gizpukoa, and meander across its perfectly manicured lawns, past shimmering lily ponds and rainbow-colored flower beds.