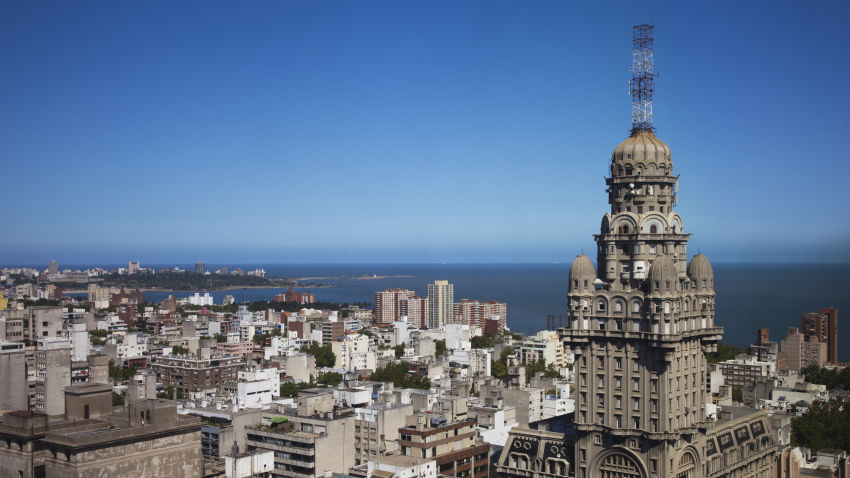 Tourist-friendly Downtown Montevideo was built during the 19th century, after Uruguay gained independence, and José Artigas, who spearheaded that movement, is still around—his guarded remains lie below Plaza Independencia. This bustling square is also home to Palacio Salvo, a stunning example of Montevideo’s rich architecture.

Lively Downtown Montevideo remains at the heart of Uruguayan politics, business, and culture. Monumental municipal buildings, upscale restaurants, and museums—such as the Gaucho museum dedicated to Uruguay’s cowboys—populate this walkable neighborhood. Take a break from sightseeing and relax with the locals who gather around the magnificent bronze fountain at Plaza del Entrevero.

You'll be asked to pay the following charges by the property at time of service, check-in, or check-out:

The property is professionally cleaned; disinfectant is used to clean the property; commonly-touched surfaces are cleaned with disinfectant between stays; bed sheets and towels are laundered at a temperature of at least 60°C/140°F.

Social distancing measures are in place.

Each guestroom is kept vacant for a minimum of 48 hours between bookings.

8.0.Very good.2 verified Hotels.com guest reviewsAll of our reviews have come from real guests who have stayed at the property.
See all 2 reviews